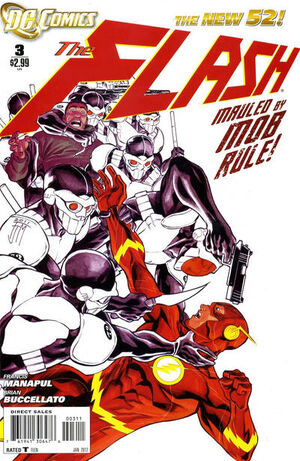 If the Fastest Man Alive is going to capture Mob Rule, he must first tap into his new amped-up super brain to save the citizens of Central City from the EMP that has blacked out the city. Witness a spectacular sequence of out-of-control cars, trains and even airplanes that must be stopped from destroying the city!

Retrieved from "https://heykidscomics.fandom.com/wiki/Flash_Vol_4_3?oldid=1660909"
Community content is available under CC-BY-SA unless otherwise noted.