Start a Wiki
The Fourth Wall is the name commonly attributed to a writing convention wherein fictitious characters become aware of their own false existence. 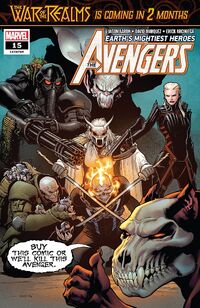 The Fourth Wall is the name commonly attributed to a writing convention wherein fictitious characters become aware of their own false existence.

The Fourth Wall exists as the invisible barrier separating reality from imagination. It is most commonly used in theatre and the arts. In the comic book medium, such characters are cognizant of the fact that they are characters in a comic book, and often speak directly to the reader. In the Golden and Silver Age era of DC comics, such characters routinely broke the Fourth Wall, usually as a convenience for introducing a story. After the Crisis on Infinite Earths, comic storytelling took a more mature turn, and few characters demonstrated this ability. However, in Marvel Comics, more characters are doing it today, such as Deadpool (Wade Wilson) and other characters like him. Sometimes it is used to 'persuade' people to buy a comic, such as the image in the infobox suggests.

It may be logically assumed that all of the Endless from Neil Gaiman’s Sandman series possess the ability to pierce the Fourth Wall, though only Death and Destiny have been explicitly shown demonstrating this ability.

Retrieved from "https://heykidscomics.fandom.com/wiki/Fourth_Wall?oldid=1669866"
Community content is available under CC-BY-SA unless otherwise noted.