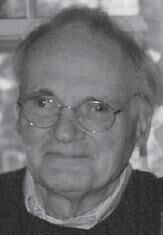 Fred Fredericks (born 1929) is an American cartoonist, who has drawn the Mandrake the Magician comic strip since June, 1965, taking over for the late Phil Davis. Creator Lee Falk modernized the comic when Fredericks took over the strip, making it more reality-based by focusing less on science fiction and fantasy, and making Mandrake operate more like a secret agent, often helping out the police with cases they could not solve.
He is also well known for drawing The Phantom Sunday strips for almost a decade; Graham Nolan succeeded him when he decided to concentrate fully on Mandrake.
Additionally, he was well known for writing the comic strip "Rebel" for Scholastic Magazine during the mid and late 60's. He also drew for the following comic books: Nancy, Boris Karloff, The Twilight Zone, Mighty Mouse, Barney Google and Snuffy Smith, O.G. Whiz presents Tubby, Bullwinkle, Mister Ed and The Munsters.
After creator Lee Falk died in 1999, Fredericks has also been responsible for writing the scripts for the Mandrake strip by himself. The Mandrake Sunday page continued until the final (187th) story, "Shadows on Devil Road", ending 12/29/2002. The daily strip continues as of July 2012.
Fred Fredericks has a dedicated fanbase throughout the world, and his work is daily seen by thousands of readers in the newspapers.
Fredericks is also well known for inking several comic books for Marvel Comics and DC Comics, for example The Punisher War Journal, Nth Man: the Ultimate Ninja, Defenders of the Earth, Daredevil, Quasar and G.I. Joe.
According to King Features, in July 2013, Fredericks, has announced his retirement. The Mandrake daily comic strip will go into reprints on Monday September 2, 2013.