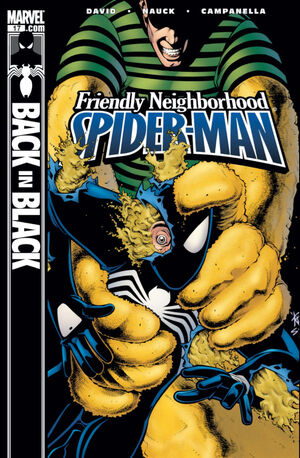 And now with all that's happened... The police, the army, everybody's after me... What was the point? What was--? Dammit. >sigh<

Appearing in "Sandblasted: Part 1 of 3"Edit

Synopsis for "Sandblasted: Part 1 of 3"Edit

Sandman tries to bust his father out of prison and asks Spider-Man for help.

Retrieved from "https://heykidscomics.fandom.com/wiki/Friendly_Neighborhood_Spider-Man_Vol_1_17?oldid=1426511"
Community content is available under CC-BY-SA unless otherwise noted.