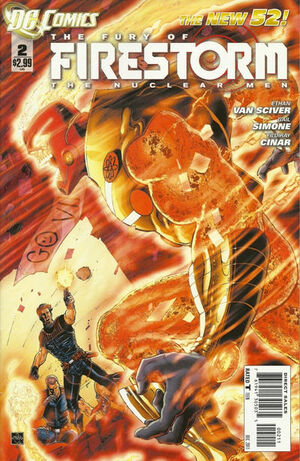 Appearing in "Sound And Fury"Edit

Three innocent high school kids are caught in the crosshairs of an international special forces team with orders to murder them in cold blood...until two of those teenagers summon the terrifying, living nuclear monstrosity known as the Fury of Firestorm! Do not miss this disturbing look into the future of super powers in the DC Universe!

Retrieved from "https://heykidscomics.fandom.com/wiki/Fury_of_Firestorm:_The_Nuclear_Men_Vol_1_2?oldid=1661042"
Community content is available under CC-BY-SA unless otherwise noted.