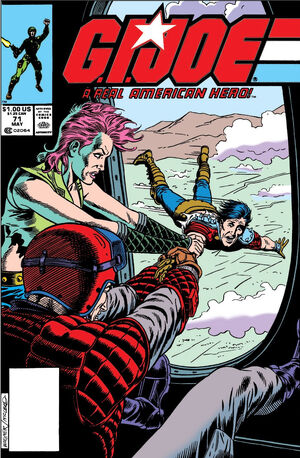 The Joes can beat just about anybody in a fair fight. But there's no telling what will happen when they head into the jungles of South America to try to end the unscrupulous business practices of a shady corporation!

Retrieved from "https://heykidscomics.fandom.com/wiki/G.I._Joe:_A_Real_American_Hero_Vol_1_71?oldid=1431823"
Community content is available under CC-BY-SA unless otherwise noted.