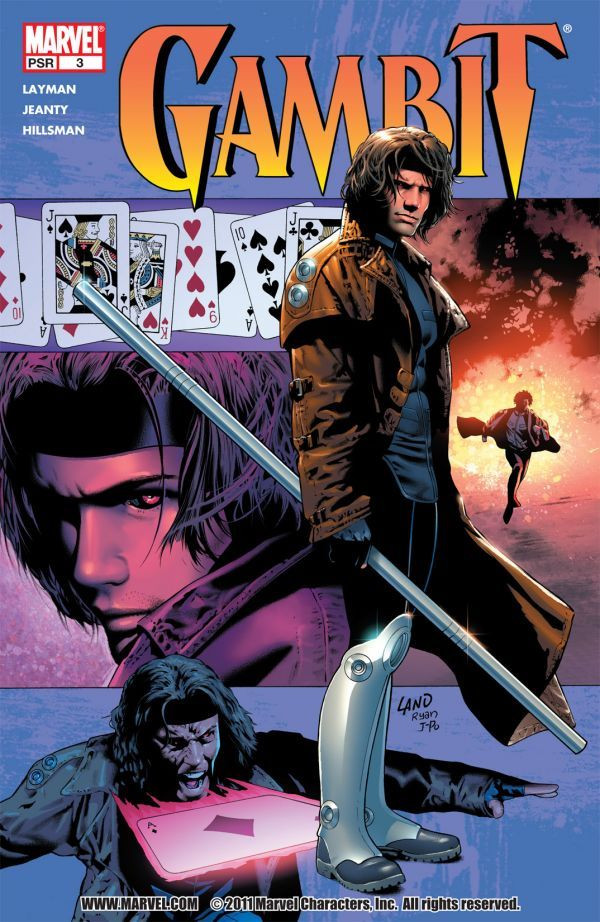 Appearing in "House of Cards (Part 3: Slight of Hand)"Edit

Synopsis for "House of Cards (Part 3: Slight of Hand)"Edit

With Dan Downs carrying two full gas cans, Remy purposely bumps into a guy carrying a bowling ball in his bag, and switches it for a cabbage. They continue towards the Penrose residence, and Remy asks Dan to place the cans in the middle of the road. They continue walking, and Remy asks Dan to remain outside and keep a look out. To create a diversion, he then bowls the ball, now filled with kinetic energy, straight at the gas cans to create a diversion. Inside the Penrose house, Morgan Penrose has guests that include New Orleans’ supernatural elite. Morgan explains that the deck of tarot cards he wishes them to see, possibly the original deck, was crafted by monks from the Order of Frater Inficio more than seven hundred years ago. They were affected by their time, caring for the mentally afflicted people with ‘poisoned’ minds, and the deck was created as a result of their studying these people’s minds, particularly their mind’s primal recesses. It contained four more cards than a normal deck, and these cards were excised from subsequent decks to ensure human safety, and sanity. The deck is extremely powerful. Remy’s explosion gets the exterior guards out of the way, and he enters the house, taking out the security system with ease. He doesn’t count on Lili Penrose being there, and she’s had a bit to drink. Dan calls Remy on the radio to explain that Orlean Cooper has joined the party, but Remy has more important matters in hand, namely getting it on with Lili. Soon, their dalliance is over and Remy gets back to work. He takes out the two guards in the room containing the deck, and uses his agility to make his way through a laser beam field. He then picks the lock, and removes the deck. Morgan Penrose arrives with his guests, finding the guards unconscious, and his most prized possession gone. Remy returns to Dan Downs, but finds him groggy, and leaning against a tree. Before he can think about what’s happened, he is electrocuted by Jack Jessup, who takes the deck from him. He will ensure Remy is blamed for the theft.

The man with the bowling ball that Gambit bumps into looks very similar to Walter from the movie The Big Lebowski.

Retrieved from "https://heykidscomics.fandom.com/wiki/Gambit_Vol_4_3?oldid=1426975"
Community content is available under CC-BY-SA unless otherwise noted.