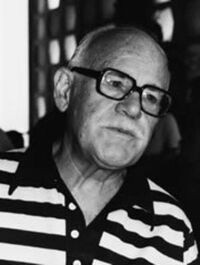 He was born in the borough of Brooklyn.

Fox won two 1962 Alley Awards — for Best Script Writer and for Best Book-Length Story ("The Planet that Came to a Standstill" in Mystery in Space #75), with penciler Carmine Infantino — as well as a 1963 Alley, for Favorite Novel ("Crisis on Earths 1 and 2" in Justice League of America #21-22, with penciler Mike Sekowsky), and the 1965 Alley for Best Novel ("Solomon Grundy Goes on a Rampage" in Showcase #55) with penciler Murphy Anderson.

He was honored at the New York Comic Art Convention in 1971, and received an Inkpot Award at the San Diego ComiCon in 1978. In 1982, at Skycon II, he was awarded the "Jules Verne Award for Life-time achievement."

In 1998, he was posthumously awarded a Harvey Award and entered into the Jack Kirby Hall of Fame; a year later, he was inducted into the Eisner Award Hall of Fame.

In 2007, Fox was one of the year's two recipients of the Bill Finger Award for Excellence in Comic Book Writing, given under the auspices of Comic-Con International.[2]

In 1967, Fox's literary agent, August Lenniger, suggested that Fox donate his notes, correspondence, and samples of his work to the University of Oregon as a tax write-off. Fox donated over fourteen boxes of comics, books, scripts, plot ideas, and fan letters dating back to the 1940s. Today, his records comprise the bulk of the university's Fox Collection.[3]

In 1968, Green Lantern debuted a character named after him, Guy Gardner.[4]

Gardner Fox died on December 24, 1986. He was survived by his wife Lynda, his son Jeffrey, his daughter Lynda, and four grandchildren.

In the sixth episode of the second season of Young Justice, during a disaster which destroys part of the city, the Flash (Barry Allen) directs a woman to a homeless shelter that is located between streets named Gardner and Fox.

Retrieved from "https://heykidscomics.fandom.com/wiki/Gardner_Fox?oldid=1535005"
Community content is available under CC-BY-SA unless otherwise noted.