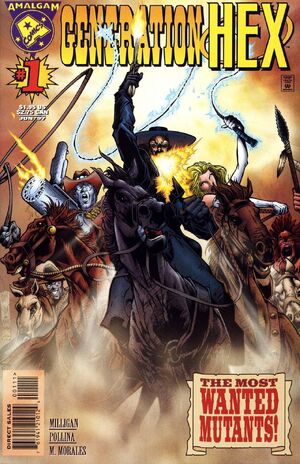 In the town called Humanity, the Malforms, those known years after as mutants, weren't welcome. But some escaped the reservation "prisons" created for them in the new frontier and lived as outlaws to the townsfolk that hated and feared them.

Retrieved from "https://heykidscomics.fandom.com/wiki/Generation_Hex_Vol_1_1?oldid=1447431"
Community content is available under CC-BY-SA unless otherwise noted.