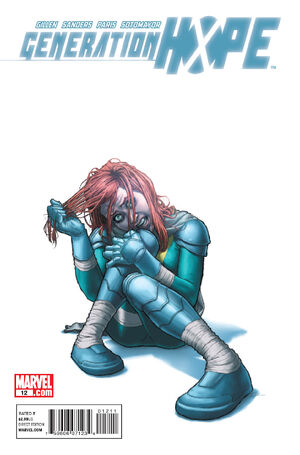 Appearing in "Half As Bright"Edit

“HALF AS BRIGHT” The smoke clears over Utopia. Schism is over. But there's little time for celebrations and little to actually celebrate. Who leaves? Who stays? Who joins? Who kisses who? The fallout will rupture the tightest group on the X-Side of the Marvel Universe.

Retrieved from "https://heykidscomics.fandom.com/wiki/Generation_Hope_Vol_1_12?oldid=1757517"
Community content is available under CC-BY-SA unless otherwise noted.