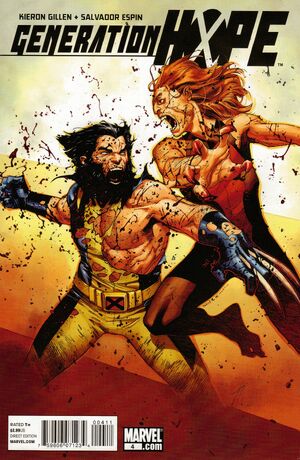 Dust settles over the rubble of Tokyo. What emerges, for better or worse, will define the next generation of mutantkind. PLUS, as the survivors return to Utopia, there is a reckoning between Wolverine and Teon. One way or the other, it's another unforgettable issue of Generation Hope.

Retrieved from "https://heykidscomics.fandom.com/wiki/Generation_Hope_Vol_1_4?oldid=1650932"
Community content is available under CC-BY-SA unless otherwise noted.