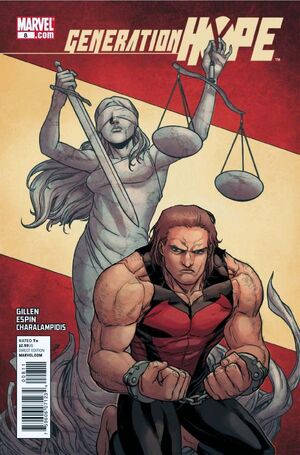 Appearing in "The Ward (Part 3)"Edit

THE TRIAL OF PRIMAL! Generation Hope’s resident wild man is on trial and the X-Men may lose custody. Can they get him free? Should they? Will they have a chance before he challenges the judge to a fight to the death? You have never read a comic like this one before!

Retrieved from "https://heykidscomics.fandom.com/wiki/Generation_Hope_Vol_1_8?oldid=1643235"
Community content is available under CC-BY-SA unless otherwise noted.