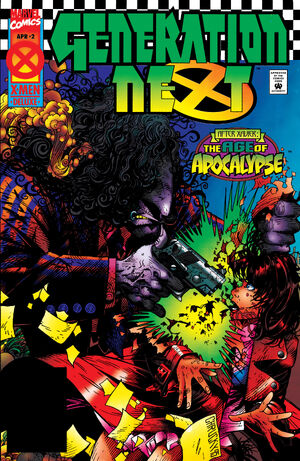 But who thought he'd actually drink me? Had I known, I wouldn't have bothered to shower this morning.

Retrieved from "https://heykidscomics.fandom.com/wiki/Generation_Next_Vol_1_2?oldid=1684732"
Community content is available under CC-BY-SA unless otherwise noted.