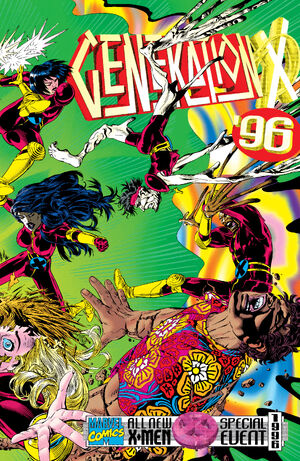 They caused chaos at the trial of Magneto, now the terrible twins known as Fenris return! The next generation of X-Men get swept up on a tale of fear, prejudice and the ties that bind humans and mutants.

Retrieved from "https://heykidscomics.fandom.com/wiki/Generation_X_Annual_Vol_1_1996?oldid=1430791"
Community content is available under CC-BY-SA unless otherwise noted.