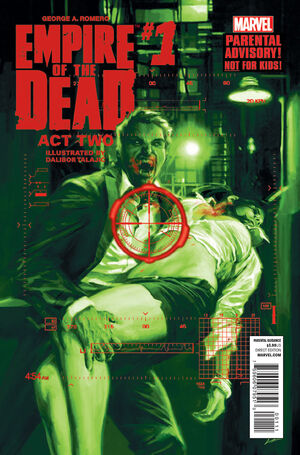 IT'S ZOMBIES VS VAMPIRES VS AN INVADING MILITIA AS THE LEGENDARY GEORGE ROMERO UNLEASHES THE NEXT CHAPTER IN HIS UNDEAD EPIC!

Retrieved from "https://heykidscomics.fandom.com/wiki/George_Romero%27s_Empire_of_the_Dead:_Act_Two_Vol_1_1?oldid=1430798"
Community content is available under CC-BY-SA unless otherwise noted.