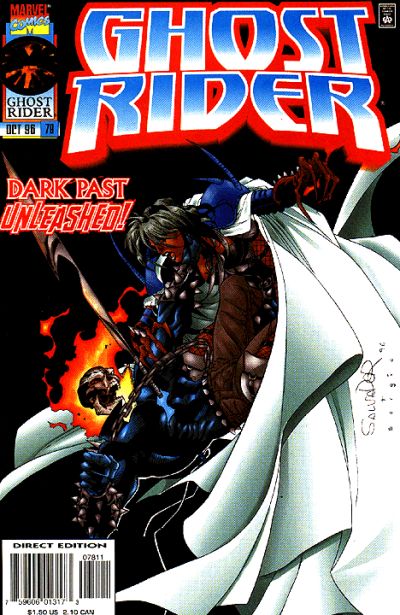 Let the Furies come. My fury will burn like a scythe of destruction...and after my flames die down...I shall take bloody vengeance to the halls of Hell itself!

The debut of Ghost Rider's new costume and bike! Plus: an important link to GR's origin is revealed and Danny is given the choice to stop being the Spirit of Vengeance! Will the curse be passed to another?

Retrieved from "https://heykidscomics.fandom.com/wiki/Ghost_Rider_Vol_3_78?oldid=1426861"
Community content is available under CC-BY-SA unless otherwise noted.