Start a Wiki
Part of the 'Heaven's on Fire' story arc 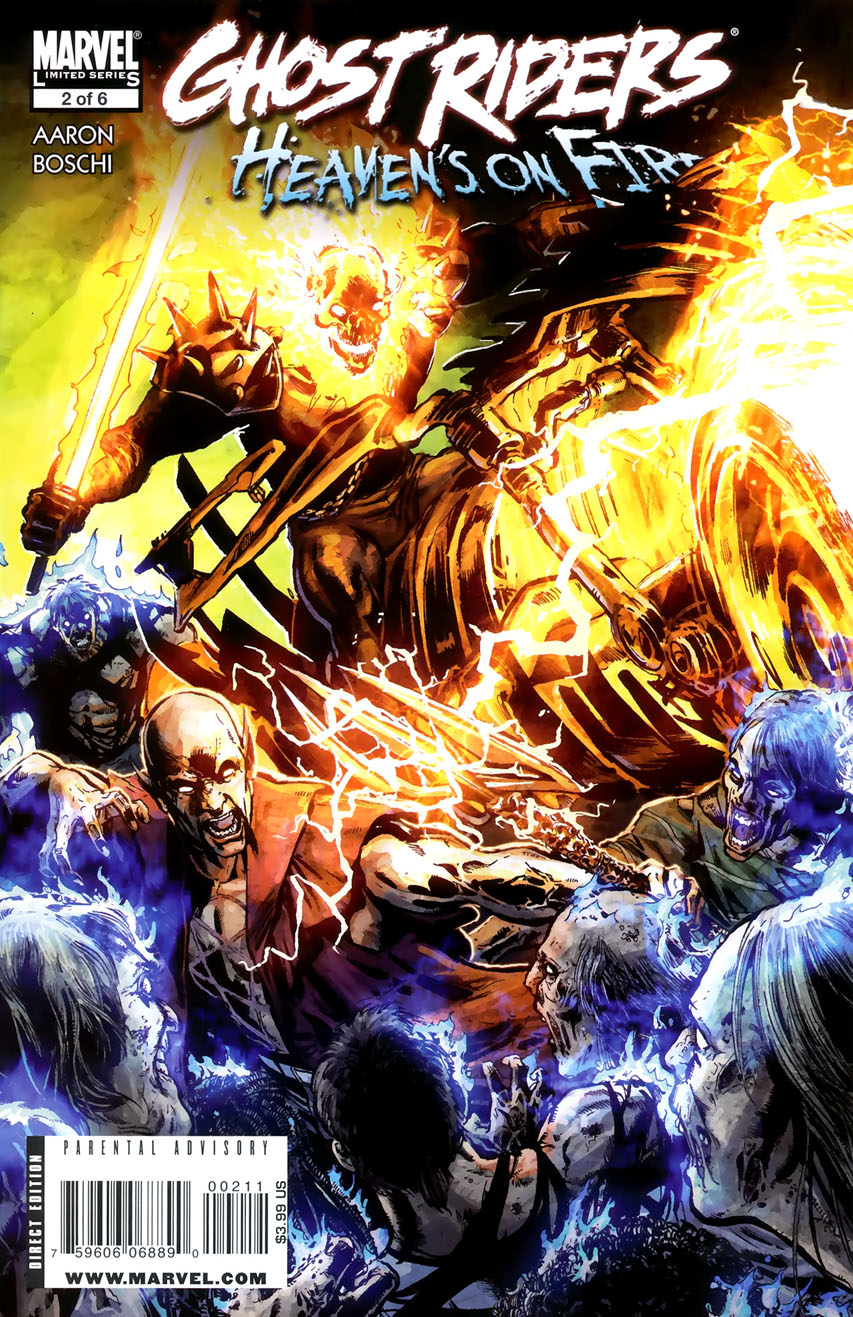 Appearing in "Are You There, Devil? It's Me, Danny"Edit

The quest to save the Anti-Christ continues, as Johnny Blaze, the Son of Satan, occult terrorist Jaine Cutter and the all-new Caretaker team up to battle the minions of the evil angel Zadkiel in the streets and corporate towers of New York City. And just what sort of dark dealings does Danny Ketch have in mind? And who's this guy with demons for arms? And is that a steam shovel with eyes on it?

Retrieved from "https://heykidscomics.fandom.com/wiki/Ghost_Riders:_Heaven%27s_On_Fire_Vol_1_2?oldid=1729741"
Community content is available under CC-BY-SA unless otherwise noted.