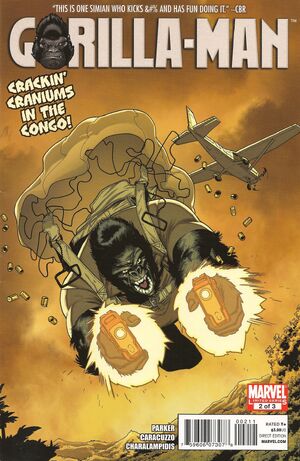 Appearing in "The Serpent and the Hawk (Part 2)"Edit

As Ken Hale's mission takes him further into the jungle, he goes further into the wild past life that lead to him becoming the Gorilla-Man. Young Ken meets a beautiful girl named Lily but makes some powerful enemies!

Retrieved from "https://heykidscomics.fandom.com/wiki/Gorilla_Man_Vol_1_2?oldid=1440435"
Community content is available under CC-BY-SA unless otherwise noted.