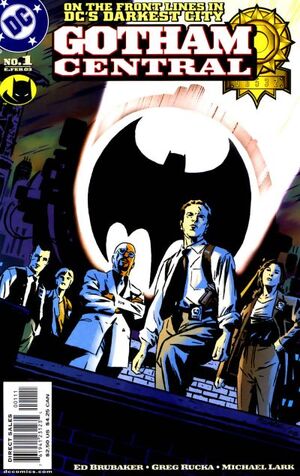 Appearing in "In The Line Of Duty, Part One"Edit

Synopsis for "In The Line Of Duty, Part One"Edit

The whole of the Gotham City Major Crimes Unit is called in when Detective Charlie Fields is killed by Mister Freeze while investigating a kidnapping with his partner Marcus Driver.

Retrieved from "https://heykidscomics.fandom.com/wiki/Gotham_Central_Vol_1_1?oldid=1428504"
Community content is available under CC-BY-SA unless otherwise noted.