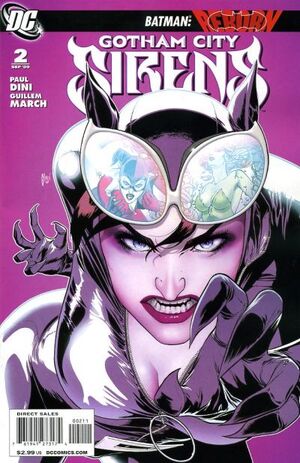 I'll be direct. There have been many women in Bruce Wayne's life, but only two he has truly loved -- you and I. It is inevitable that his enemies will strike at him through us. They will do everything within theiir power to make us betray him. Therefore, I offer you a gift, Selina. The method of burying the knowledge of his dual identity so deeply that no coercion will force out the truth. For even with his eventual death, there are secrets of the Batman that must remain forever untold.

Retrieved from "https://heykidscomics.fandom.com/wiki/Gotham_City_Sirens_Vol_1_2?oldid=1548452"
Community content is available under CC-BY-SA unless otherwise noted.