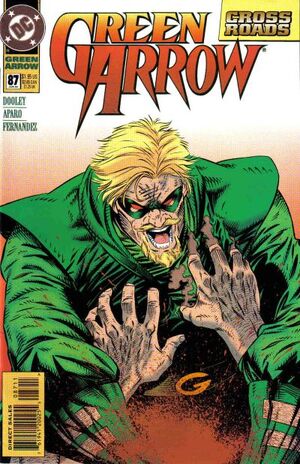 You think justice is something that can be bought, blackmailed, killed. You're wrong. Justice is an arrow. And I've made one just for you.

Retrieved from "https://heykidscomics.fandom.com/wiki/Green_Arrow_Vol_2_87?oldid=1428272"
Community content is available under CC-BY-SA unless otherwise noted.