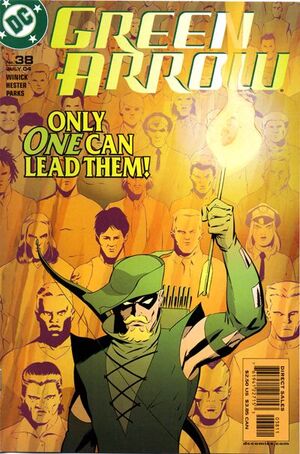 Yeah. You run most of the drugs, prostitution and racketeering in this city, and I'm the jerk here.

The only way to keep the population of Star City alive is to get the criminal underworld and the police department to call a temporary truce between one another. Banding together, cop and crime lord each go to various sporting goods stores to pick up every bladed weapon they can manage to find. But they have to pay for their purchases, either by leaving cash on the counter or writing a check. One of the thugs gets into a fight with a cop causing one of the demons to mystically appear and slaughter them. Ollie keeps the rest of the crew from getting out of hand and prompting more demonic intervention.

Mia finally convinces Ollie that he needs her backing him up. The two spar with each other and Ollie recognizes her talent. He orders Connor to get her a mask.