Part of the 'Blackest Night' event 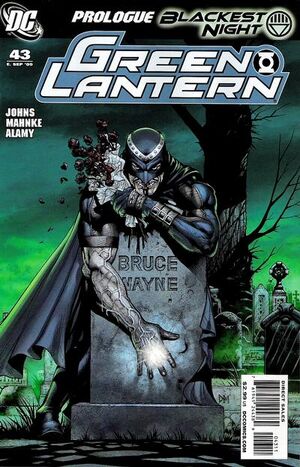 Appearing in "Tale of the Black Lantern"Edit

The official prologue to BLACKEST NIGHT starts here as the first Black Lantern is born! Black Hand has been an enemy of Hal Jordan since Hal’s early days as a Green Lantern. But even Black Hand is unaware of the true power he holds that will connect him to the Blackest Night! Discover this villain’s connection to death and the Black Lantern Corps!

Retrieved from "https://heykidscomics.fandom.com/wiki/Green_Lantern_Vol_4_43?oldid=1712088"
Community content is available under CC-BY-SA unless otherwise noted.