View source
Part of the 'Grifter: Most Wanted' event 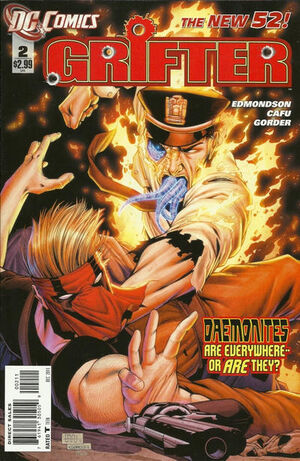 Con artists and Special Ops guys alike rely on intuition. Sometimes it's a light chill on your spine. Sometimes it's an icepick in your head. Sometimes you're flat-out terrified. The difference between the mark and the grifter... between a soldier and a civilian... is how you react to it.

Appearing in "The Advantage Angle"Edit

Synopsis for "The Advantage Angle"Edit

The police are looking for him. Government operatives are hunting him down. And Cole Cash can hear the voices of an alien race in his head. Escaping New Orleans will require quick thinking and a violent streak straight out of Cole's Special Operations background – and just like that, his life will be turned upside down, figuratively as well as literally.