Part of the 'Quest for the Shield' story arc 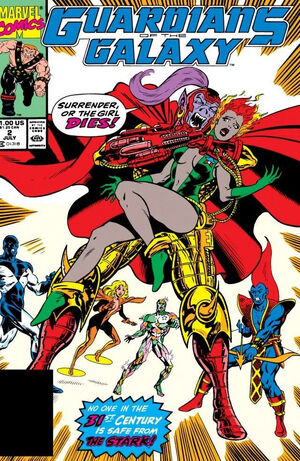 Appearing in "The Stark Truth!"Edit

Synopsis for "The Stark Truth!"Edit

The Guardians versus the Stark and Taserface— a battle that's out of this world! Also featuring Firelord! Plus: Starhawk and Aleta split up (but don't they share the same body?!)!

Retrieved from "https://heykidscomics.fandom.com/wiki/Guardians_of_the_Galaxy_Vol_1_2?oldid=1748115"
Community content is available under CC-BY-SA unless otherwise noted.