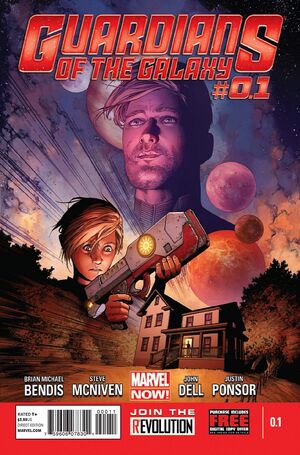 Appearing in "Guardians of the Galaxy"Edit

Move over Avengers....the Guardians got this.

In this special prelude issue meet the man behind the Guardians: Star-Lord… and discover how this child of Earth became the leader of the rag-taggiest of teams in all the Galaxy. All setting the stage for next month’s historic Guardians of the Galaxy #1. This is the start of something big, Marvel fans.

The comic young Peter Quill is reading is Marvel Premiere #41.

Retrieved from "https://heykidscomics.fandom.com/wiki/Guardians_of_the_Galaxy_Vol_3_0.1?oldid=1752864"
Community content is available under CC-BY-SA unless otherwise noted.