Start a Wiki
Part of the 'Original Sin' event 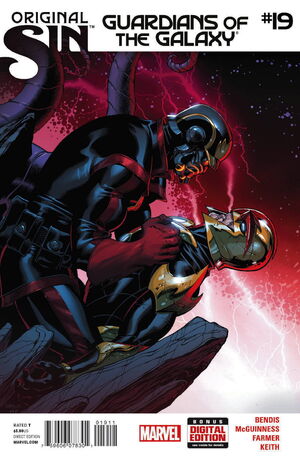 • Last we checked, Star-Lord, Thanos, and Nova were trapped in the Cancerverse…

• But Star-Lord and Thanos seem to be running around just fine.

• So what exactly happened to Richard Rider?

Retrieved from "https://heykidscomics.fandom.com/wiki/Guardians_of_the_Galaxy_Vol_3_19?oldid=1432108"
Community content is available under CC-BY-SA unless otherwise noted.