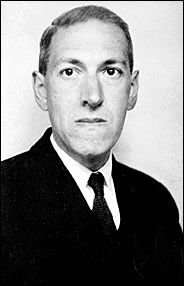 Howard Phillips Lovecraft was an American author specializing in the genre of "weird fiction". He is most widely recognized for creating a pantheon of cosmic beings commonly known as the "Old Ones". Lovecraft's work has been adapted several times in various Marvel Comics project, most recently in the 2008 series Haunt of Horror: Lovecraft. Lovecraft's work has laid the groundwork for many other characters and work of fiction. The Doctor Strange villain Shuma-Gorath was inspired by the Lovecraft creation Shub Niggurath.

Retrieved from "https://heykidscomics.fandom.com/wiki/H._P._Lovecraft?oldid=1537228"
Community content is available under CC-BY-SA unless otherwise noted.