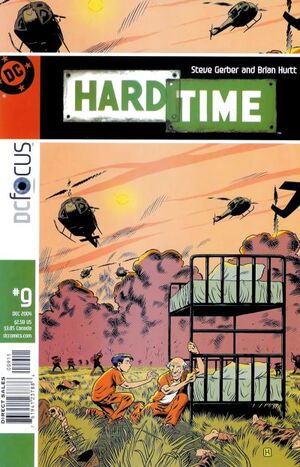 Ethan is let out of solitary and Cole fills him in on the events of the last thirty days. Turo tries to get Ethan to mass produce his stunner device for him but Ethan tells him the idea is not practical. Cole is surprised to discover that his new cellmate is Cindy. Cindy thinks that by being placed in Cole's cell someone wants him dead.

Retrieved from "https://heykidscomics.fandom.com/wiki/Hard_Time_Vol_1_9?oldid=1431777"
Community content is available under CC-BY-SA unless otherwise noted.