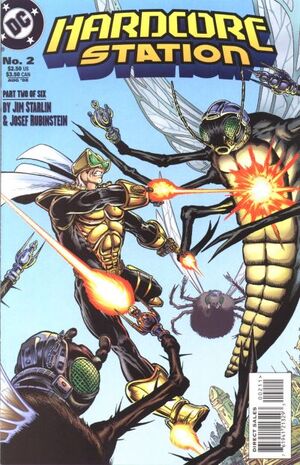 Gentlemen, we are very lucky I busted you before any of that Slag you smuggled into Hardcore hit the Streets. But now we got the Problem of what to do with you. Because Hardcore is privately owned and under no Planetary Jurisdiction... you haven't any Constitutional Rights.

Retrieved from "https://heykidscomics.fandom.com/wiki/Hardcore_Station_Vol_1_2?oldid=1433414"
Community content is available under CC-BY-SA unless otherwise noted.