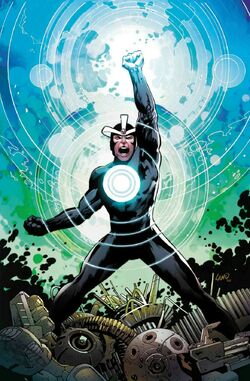 Alexander Summers
Prime Marvel Universe
(Earth-616)
The younger brother of the reluctant leader of the X-Men, Cyclops, Alex Summers has been fighting for the peaceful coexistence of mutants and humans most of his life. Gifted with the ability to absorb ambient cosmic energy into the cells of his body and processes it into a blast that is so hot, the byproduct is plasma, Alex and his brothers are powerful adversaries. Originally a seasonal member of the X-Men with his long-time love Polaris, Alex has been mind controlled many times to battle his teammates and loved ones, even having an affair with his brother's wife Madelyne Pryor-Summers. After being informed of the many terrorist attacks of mutants, Alex left Lorna and joined the X-Men, until he entered the Siege Perilous and exited a Genoshian Magistrate. After being reminded of who he really was, Alex stayed on Genosha to aid with the rebuilding, until Professor Charles Xavier and Cyclops asked him to lead a new team of X-Factor. Always believing he was under the shadow of his brother, the brilliant tactician, Alex worked hard to prove himself as a Summers. After joining the Brotherhood, Alex was sent to an alternate Earth, where he took over the life of his alternate that was married to the Madelyne Pryor of that era and had a son, Scotty Summers. After returning, Alex awoke from a coma and Cyclops put him in charge of a team of X-Men. After learning of his long-lost brother, Gabriel Summers, Alex went into Shi'ar space and joined the Starjammers. Havok was once a Nexus of All Realities, and most of his alternates were killed.[1]
Alternate Reality Versions · Television · Video Games 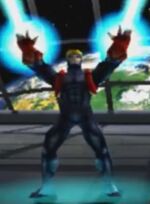 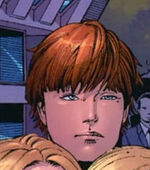 Retrieved from "https://heykidscomics.fandom.com/wiki/Havok?oldid=1682082"
Community content is available under CC-BY-SA unless otherwise noted.