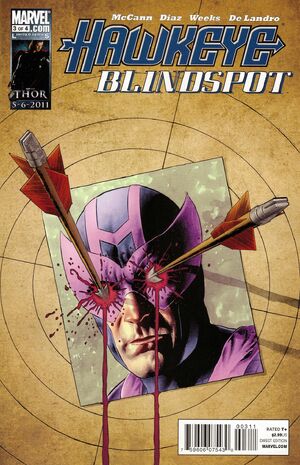 Appearing in "My Brother's Killer"Edit

The defining chapter of the Avenging Archer continues in the story that will shape Hawkeye's life forever! Battered, beaten, back against the wall, Hawkeye faces the foe who has plagued his life for years and a new threat that has rocked him to his core. At his darkest hour, there's only one thing left to do - kick some @$$!

Retrieved from "https://heykidscomics.fandom.com/wiki/Hawkeye:_Blind_Spot_Vol_1_3?oldid=1651028"
Community content is available under CC-BY-SA unless otherwise noted.