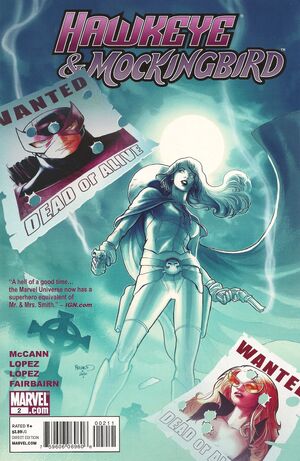 Hawkeye & Mockingbird are back in action together -- but so are their two greatest foes! Who is the all-new, all-deadly Phantom Rider? Crossfire once took Hawkeye’s hearing from him – what will he take from him now? Plus: what secret has Clint uncovered that could destroy everything that he and Bobbi are fighting for?

Retrieved from "https://heykidscomics.fandom.com/wiki/Hawkeye_%26_Mockingbird_Vol_1_2?oldid=1432211"
Community content is available under CC-BY-SA unless otherwise noted.