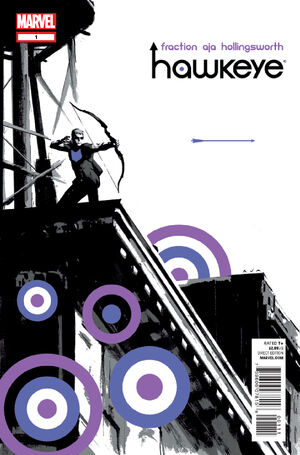 Clint Barton's landlord is raising the rents for everyone and preparing to sell the whole building. Clint confronts him, fights him and his men and eventually buys the building himself.

• With ex-Young Avenger Kate Bishop by his side, he’s out to prove himself as one of Earth’s Mightiest Heroes!

Retrieved from "https://heykidscomics.fandom.com/wiki/Hawkeye_Vol_4_1?oldid=1432234"
Community content is available under CC-BY-SA unless otherwise noted.