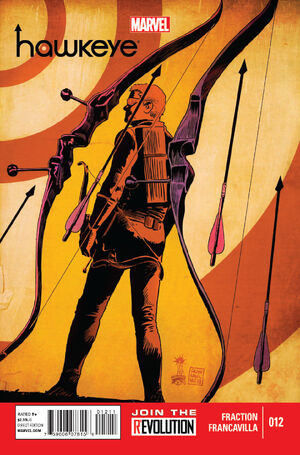 Appearing in "Then Came Barney"Edit

• Reeling from the events of the last issue, even Hawkeye wants to know what his new status quo is. Who’s with him? Who’s against him? Who’s trying to kill him and why? So many dang questions!

In this issue it is revealed the person attacked by the "Tracksuit Draculas" Lucky mistook for Clint was his brother, Barney Barton.

Retrieved from "https://heykidscomics.fandom.com/wiki/Hawkeye_Vol_4_12?oldid=1432245"
Community content is available under CC-BY-SA unless otherwise noted.