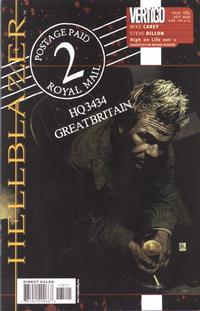 John visits his sister at Elster Tower where some disturbing incidents have occurred. While there, he meets a waitress who fancies herself somewhat a magician and the girl goes out to investigate the tower. John finds her after two guys cut her up pretty badly with a straight razor.

Retrieved from "https://heykidscomics.fandom.com/wiki/Hellblazer_Vol_1_175?oldid=1433682"
Community content is available under CC-BY-SA unless otherwise noted.