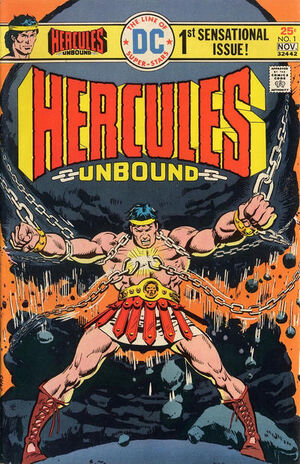 Four weeks after World War III, Hercules, who has been trapped and chained by Ares, god of war, breaks his chains, teams with a blind boy and his dog, and begins striking back against his foe.

Retrieved from "https://heykidscomics.fandom.com/wiki/Hercules_Unbound_Vol_1_1?oldid=1485008"
Community content is available under CC-BY-SA unless otherwise noted.