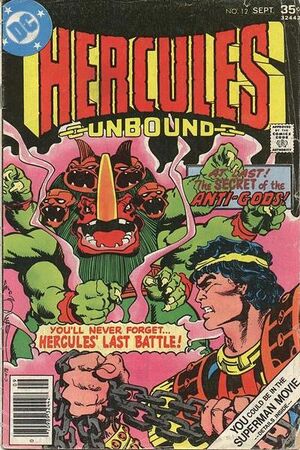 Appearing in "Chaos Among The Gods"Edit

Synopsis for "Chaos Among The Gods"Edit

Hercules learns the truth behind his imprisonment and battles the Anti-Gods to save the Earth and the five Olympian gods who are their sources.

Retrieved from "https://heykidscomics.fandom.com/wiki/Hercules_Unbound_Vol_1_12?oldid=1433974"
Community content is available under CC-BY-SA unless otherwise noted.