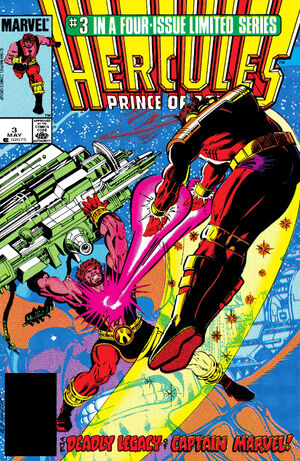 Not now! Not here! Not the menace of Thanos! Unfortunately, yes! When the powerful nega-bands of the original Captain Marvel are discovered, then Death is in store for Hercules! But Hercules must also try to prevent the death of Apollo! It all takes place on Titan.

Retrieved from "https://heykidscomics.fandom.com/wiki/Hercules_Vol_2_3?oldid=1432501"
Community content is available under CC-BY-SA unless otherwise noted.