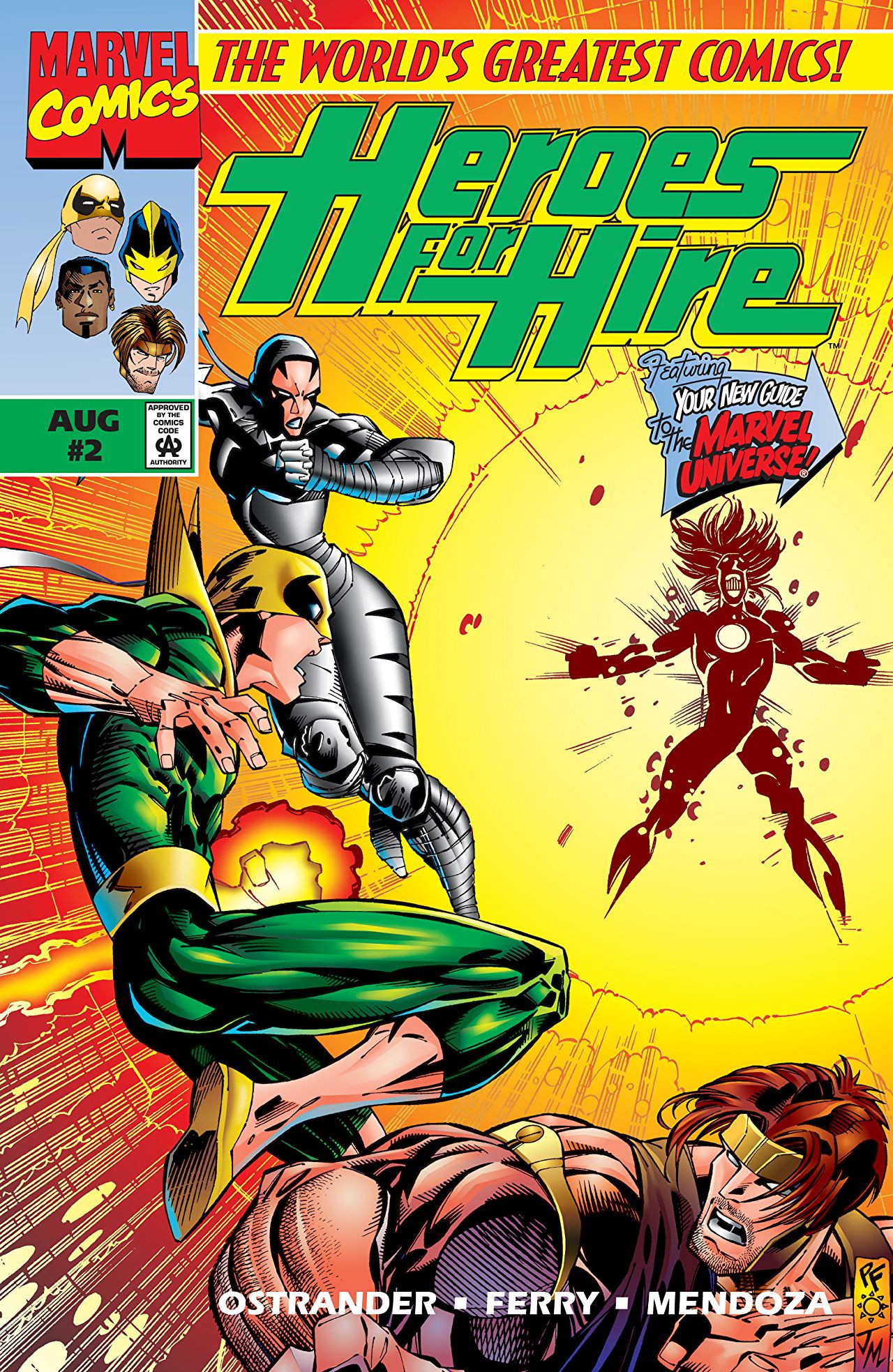 Iron Fist, Hercules and White Tiger are battling Nitro in the Alantic Coast Rail Yards. Hercules defeats Nitro by throwing a tanker of natural gas, forcing him to disperse, risking his teammates' lives. Iron Fist realizes that Hercules is drunk, much as he was when he attacked the U-Foes.

In Luke Cage's theatre, he is attacked, defeated and kidnapped by the U-Foes. Dane Whitman, once the Avenger known as the Black Knight, has been offered a position at Oracle Inc, by Jim Hammond, both in the team and as a scientist. He is visited by the Lady of the Lake who transports him to Avalon and names him the new Pendragon. She gives him mystical armour and a flying steed named Strider. Dane awakes the next day, unsure if what he experienced was real, a dream or if he's going mad.

Dane arrives at Oracle and is greeted by his former comrade, Hercules, who is drunk again. Hammond offers up the theory that since losing his immortality, Herc may not realize that he can't handle alcohol as he could before. White Tiger reports that Nitro has been spotted again, this time attacking the stock exchange. The team goes off to battle him, leaving Dane at Oracle.

The Heroes confront Nitro while Hammond and Dane watch on. Dane decides to become involved and says "Avalon," his new mystic armour appearing. He calls on Strider and races off to help the Heroes.

Elsewhere...Luke Cage awakens to find himself a prisoner of the Master!

Retrieved from "https://heykidscomics.fandom.com/wiki/Heroes_for_Hire_Vol_1_2?oldid=1532039"
Community content is available under CC-BY-SA unless otherwise noted.