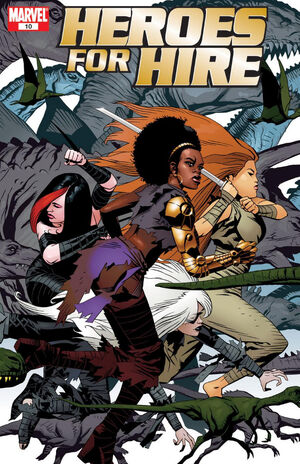 The insects of the island had much to tell me. New York is in danger. We must leave now.

Retrieved from "https://heykidscomics.fandom.com/wiki/Heroes_for_Hire_Vol_2_10?oldid=1486644"
Community content is available under CC-BY-SA unless otherwise noted.