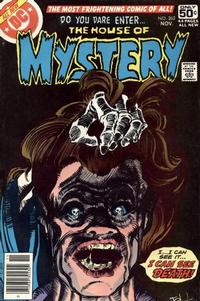 A man burns his wife to death for money, but her ghost tells him that she has cursed him to live the same unhappy life over and over again for eternity.

Appearing in "Freed From the Infernos of Hell!"Edit

Synopsis for "Freed From the Infernos of Hell!"Edit

A man studies black magic to gain revenge upon a surgeon who declined to operate upon his son. The surgeon arranges to have an inexperienced physician do the operation and the child dies. The boy's father summons the Devil who promises to return the child to life and get revenge on the surgeon by using magic to take over the town blacksmith's mind and altering his body. Satan lies about returning the child to life but he hypnotizes the man into thinking that his boy is alive and he reads bedtime stories to a corpse. He has better luck attaining revenge as the transformed blacksmith murders the surgeon and his driver and then returns to the surgeon's house in order to implicate the victim's wife and child in the killings. The police arrest the wife and child, but the wife of the revenge plotter confesses the scheme to the police and the victim's wife and child are released.

Retrieved from "https://heykidscomics.fandom.com/wiki/House_of_Mystery_Vol_1_262?oldid=1434413"
Community content is available under CC-BY-SA unless otherwise noted.