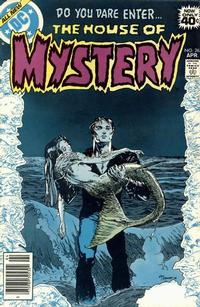 Synopsis for "A Strange Way to Die"Edit

A man disfigured in an auto accident is told by his doctors that, for the remainder of his shortened lifespan, he will suffer hallucinations. The man feels tormented by the ghostly spirit of the woman who had perished driving the other car and attempts to flee her pursuit. She begs him not to run from her and finally convinces him to join her in paradise. She tells him that he was meant to die that day, on the day of the accident.

Appearing in "The Mouse of History"Edit

Synopsis for "The Mouse of History"Edit

After a lab assistant's subject mouse runs away through a hole in the wall the assistant attempts to retrieve the mouse and discovers an old book hidden behind the wall. After he realizes that what is written in the book comes to pass, he writes down "Paul Jonas was a skilled painter, fully as loved by the critics as the public, demonstrating that great art had not perished with Rembrandt." When he goes to paint something a horrible demon becomes the subject of the canvas. The demon comes to life and kills Paul. Paul dies unaware that the mouse has chewed away some of the paper in order to make a nest for her litter so that now the page reads "Paul Jonas was killed painfully by a demon".

Appearing in "The Lovely Lady With the Sea Green Tail!"Edit

Synopsis for "The Lovely Lady With the Sea Green Tail!"Edit

Retrieved from "https://heykidscomics.fandom.com/wiki/House_of_Mystery_Vol_1_267?oldid=1434418"
Community content is available under CC-BY-SA unless otherwise noted.