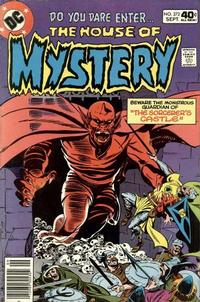 A deprogrammer who kidnaps members of religious cults is attacked by a cult leader who possesses special powers which render him a vegetable.

A man suffering from hallucinations receives pills from his doctor with a strange label on the bottle which reads "Take Three Wishes". When he opens the bottle a genie inside tells him that he gets three wishes. At first he wishes for a companion who believes that he sees odd things but she tells him that the things he sees are real and she believes him, so don't waste a wish on something so silly. Instead he wishes to see the world and she magically flies him speedily around the world. He is hungry after his trip so he wishes for a feast. The doctor and an orderly check up on him and see him acting as though he were eating when nothing surrounds him, so they threaten to lock him away again. For his third wish, he impels the genie to take them away and make them believe. The genie complies by whisking away the doctor, orderly and herself back into the bottle.

Appearing in "The Sorcerer's Castle"Edit

Synopsis for "The Sorcerer's Castle"Edit

Retrieved from "https://heykidscomics.fandom.com/wiki/House_of_Mystery_Vol_1_272?oldid=1434423"
Community content is available under CC-BY-SA unless otherwise noted.