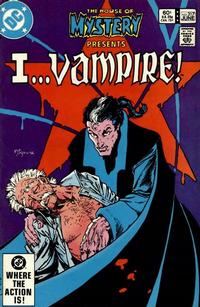 Appearing in "Blood Is Thicker"Edit

Synopsis for "Blood Is Thicker"Edit

Andrew Bennett, Deborah Dancer and the now vampiric Dmitri Mishkin are cornered by the Blood Red Moon. Dmitri's vampire mother Dunya Mishkin chases them back to hide in his childhood home. The sun comes up and both groups are pinned down by daylight, although Deborah refuses to leave her friends and goes to stake any nests she can find. Dmitri explains that in their last confrontation he was unable to kill his mother, foolishly allowing her to turn him when she promised him love. When the night comes again, Dunya's vampires attack and the small crew are able to slay all of them. Deborah is about to shoot Dunya with a solar gun, but Dmitri leaps in front of his mother to save her. He begs her to finally love him for saving her life, but she scorns him once again. Dunya is about to bite Deborah, but Dmitri stakes his mother from behind and kills her. Succumbing to his fatal injuries, with his last breath he remarks that the monster was no longer his mother.

Appearing in "The Dragon-Troll Will Get You If You Don't Watch Out!"Edit

Synopsis for "The Dragon-Troll Will Get You If You Don't Watch Out!"Edit

Retrieved from "https://heykidscomics.fandom.com/wiki/House_of_Mystery_Vol_1_317?oldid=1434468"
Community content is available under CC-BY-SA unless otherwise noted.