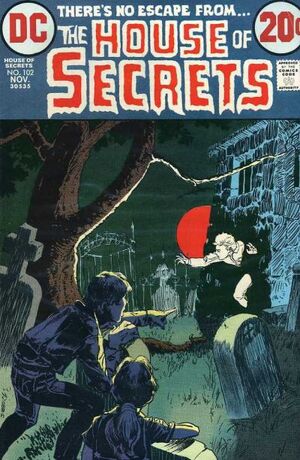 Appearing in "Make a Wish"Edit

Synopsis for "Make a Wish"Edit

A lonely boy in an orphanage is taken to a psychiatrist after seeing and playing in a land of elves. The hypnosis removes his ability to enter the fantasy land and he is despondent.

A man gloats over what he thinks is his wife's casket. His nagging wife listens to the ghost for a while and than cannot resist mocking him one final time to burst his bubble in thinking that he had actually pushed her down the stairs and got away with it. She tells the dead husband's spirit as she looks down at his body in the casket "Don't you remember? When you aimed to push me down the stairs, you missed."

Appearing in "A Lonely Monstrosity"Edit

Synopsis for "A Lonely Monstrosity"Edit

A malformed building superintendent is targeted for his money by a tenant and her boyfriend, but things don't go as planned when the boyfriend swings an ax at the superintendent and ruptures a steam pipe onto the woman's face. The boyfriend is killed in the struggle and the superintendent tells the police that he was a robber who broke in. He marries the girl when she is discharged from the hospital with a burned face even more horrific than his.

Retrieved from "https://heykidscomics.fandom.com/wiki/House_of_Secrets_Vol_1_102?oldid=1434616"
Community content is available under CC-BY-SA unless otherwise noted.