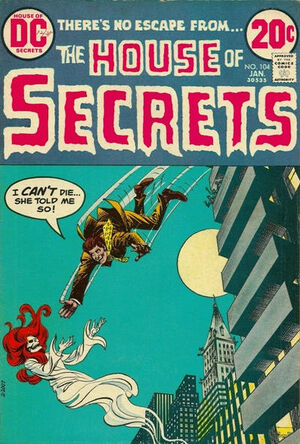 A contract killer makes the mistake of killing a ventriloquist whose ghost sets up the killer to fall out a 10 story window by pretending to be the voice of a mute beauty the killer saw at a party.

Appearing in "The Dead Man's Doll"Edit

Synopsis for "The Dead Man's Doll"Edit

Two domestics murder an old man for money that is concealed within an ugly doll, but the doll gets revenge by strangling one of them driving a get away car so they drive off a cliff.

Appearing in "Lend Me an Ear!"Edit

Synopsis for "Lend Me an Ear!"Edit

A student pranks a night watchman at the medical school morgue by making him think he is being visited by ghosts. Other students see that he is turning the old man into a nervous wreck so they decide to teach the prankster a lesson. They grab him and put him in the morgue refrigerator for a half hour, long enough for him to "cool down". When the students return to let him out before he freezes to death, the place is locked up. They yell for the old man to let them in, but he doesn't respond. They call the police who break in after several hours have passed and the prankster has frozen to death. Inside they find the old man who tells them that he has taken to wearing ear plugs to block out the noise made by ghosts.

Retrieved from "https://heykidscomics.fandom.com/wiki/House_of_Secrets_Vol_1_104?oldid=1434618"
Community content is available under CC-BY-SA unless otherwise noted.