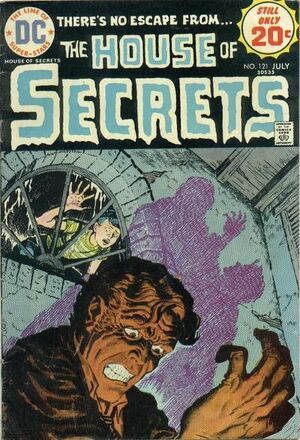 This story is told from two viewpoints. One, an old man's belief that the neighbor's kids are out to do him in with voodoo, and the other, the girl's brother who professes innocence.

A man resents his smothering wife so he strangles her after a year of marriage and dumps her body in a trunk. He attempts to send the trunk to the cabin where they had their honeymoon so that he can dump it in the lake, but when the movers bring it back he becomes agitated and causes them to drop it down the stairs. It opens up and his wife's body tumbles out, so he knows the jig is up and surrenders to police. He inquires as to why the movers brought the trunk back and is told that his wife was concerned the damp air at the cabin was bad for his health so she called and cancelled the reservations.

A village with a vampire problem unknowingly hires a female vampire who works as a vampire killer in order to eliminate the competition and score some fringe benefits such as the men who find her attractive whom she lures into secluded spots for feeding.

Retrieved from "https://heykidscomics.fandom.com/wiki/House_of_Secrets_Vol_1_121?oldid=1434635"
Community content is available under CC-BY-SA unless otherwise noted.