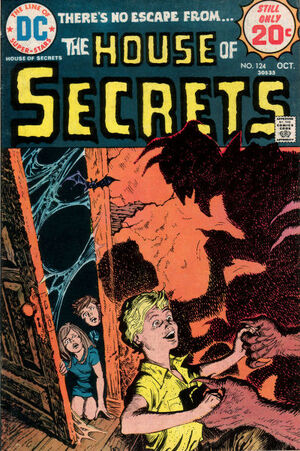 Appearing in "Last of the Frankensteins"Edit

Synopsis for "Last of the Frankensteins"Edit

The last of the Frankensteins, Edmund Frankenstein, turns out to be a mechanical construct. The irony of the story turns out that he is destroyed by an angry mob of peasants without knowing that he is in fact a robot.

Appearing in "Never Rouse a Vampire!"Edit

Synopsis for "Never Rouse a Vampire!"Edit

A carnival barker gets the idea that he can drum up more business if he exhibits a vampire so he has one of his showgirls chat up a creepy-looking carnival drifter into agreeing to play the part. The dupe thinks the showgirl likes him and she tells him that the barker is saving up the money for the two of them to get married. All works well until one night the dupe is taking a walk and overhears the showgirl and the barker in the trailer discussing about how they plan to run out on him once they have enough cash. Unfortunately for the barker and showgirl, it turns out their dupe actually was a vampire and he tears both of their throats out.

A crippled boy makes a centaur friend on a Greek isle and tells his nurse and father about their adventures. At first the adults are angry that they believe the child is lying to them about not needing his crutches in the magic circle, but after he persists in his tales, the father contacts a psychologist who recommends that the boy be taken from the isle. The boy returns to his centaur friend and tells him that he doesn't want to leave with his father and he hates being sick and the centaur tells him that if he is sure that is what he really wants, then he can stay. The adults can't find the child anywhere on the isle the following day and the authorities assure the father that the boy have slipped off a cliff and drowned. The sad father leaves the isle, and for just one moment he tells the child's nurse that he thinks he sees his son on the centaur's back waving goodbye to him, but since he cannot believe in magic he puts it down to being an illusion.

Retrieved from "https://heykidscomics.fandom.com/wiki/House_of_Secrets_Vol_1_124?oldid=1434638"
Community content is available under CC-BY-SA unless otherwise noted.