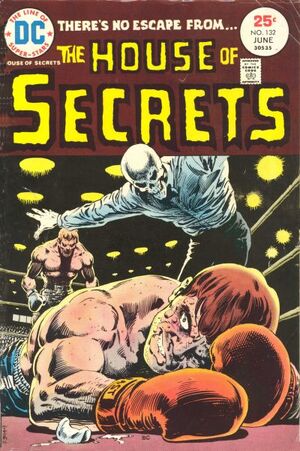 A man murders an Indian guru for his supply of berry juice which allows him to stretch his body into fantastic shapes because he wants to liven up his stage act. Before the guru died, he warned him that too much use of the juice would affect his body to the point that it would not resume its normal shape. The contortionist makes plenty of money performing but notices after awhile that he's having difficulty returning to normal and so decides to retire. After leaving from his farewell performance he is mobbed by fans who pull his body hopelessly out of shape.

Satan offers a boxer who lacks a killer instinct what he's missing without a catch. The boxer agrees and becomes more successful in the ring. Eventually he kills an opponent and his wife tells him that she's leaving him. He becomes enraged and strangles her. The devil reappears and offers the man an out in exchange for his soul. When he agrees this time he finds himself in Rome but refuses to kill his gladiator opponent. The boxer finds himself back in the ring lying on the canvas. He supposes that he must have imagined the whole thing and tells his wife he's quitting.

Retrieved from "https://heykidscomics.fandom.com/wiki/House_of_Secrets_Vol_1_132?oldid=1434646"
Community content is available under CC-BY-SA unless otherwise noted.